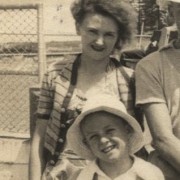 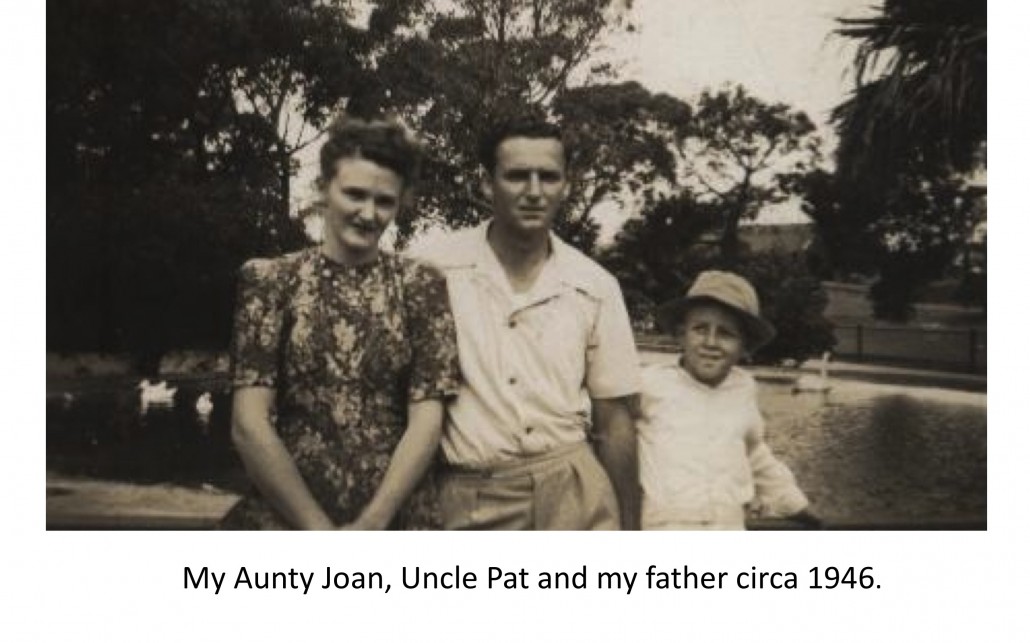 I  am not long finished Michelle D Argyle’s heartfelt coming of age, country music romance, Out of Tune, when I find myself about to journey to Australia’s country music capital. Sadly, this trip to Tamworth is not for the Australian Country Music Awards, but for the funeral of my father’s much-loved, much-older sister, Joan.

My aunty was born in the heart of winter in June 1924 when her mother, my Grandma Jessie, was just 20, and her father, my Grandpa Bill, was just shy of 21.

They lived in the gold-town of Gympie where my Grandpa at the time worked for the local shire council as a navvy – a manual labourer who worked on major civil engineering projects. His job was to dig road banks by hand using a crowbar, mallet and other tools – it was hard physical labour,  more so because he would work on the steeper slopes so he could earn extra money for his new family.

At the time of Joan’s birth he was working on The Bruce Highway and camping at Gunalda, 20 miles north of Gympie. In what would seem preposterous today, he walked 20 miles in to town to the hospital to see his young wife and new-born daughter then walked 20 miles back to work the next day.

At age fourteen my aunty left school to look after her mother who was heavily pregnant with her third child, my father. In this we are kindred spirits for we both had the joy and privilege of having a much younger brother to bless our lives, my own brother Jesse being 16 years my junior.

In early 1942, during WWII, Joan met and fell in love with a soldier from Urana who came through Gympie with the Light Horse Brigade. Shortly after, Pat was posted to Labuan Island in the Sumatra Straits near Borneo, in the Pacific (now part of Kinabalu), where he worked a signalman from July 1942 until he was discharged in June 1946. Despite V-day in the Pacific being declared in September 1945, much to his disappointment, Pat was ordered to remain on active duty patrolling the Pacific for another nine months. When I think of Neville Shute’s A Town Like Alice, I think of Uncle Pat. He was your archetypal Aussie battler and larrikan, a swarthy smoker and joker.

In August 1946, upon his eager return to Gympie, he and Aunty Joan married. They moved to Sydney and later Tamworth where they raised five sons who were talented musicians, electricians, bankers and card players.

Yesterday when my father rang to tell me his sister had passed away, he said to me: “She never said a harsh word to me. Her whole life she was nothing more than a loving sister.” Everything I knew of her confirmed that. Her voice was light and catchy. Her laugh cheery and close to the surface. Her eyes were brown and warm. Her hands were forever full of love. She would always bring a little bit of my grandparents with her and draw out a side of my father reserved solely for her.

Last night I watched the movie, Pay it Forward. As the end credits rolled and the candles flickered, as Jane Sibery & KD Lang sang Calling All Angels, I thought of my Aunty Joan being serenaded by angels.

With thanks to my father for his input into this article.