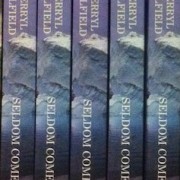 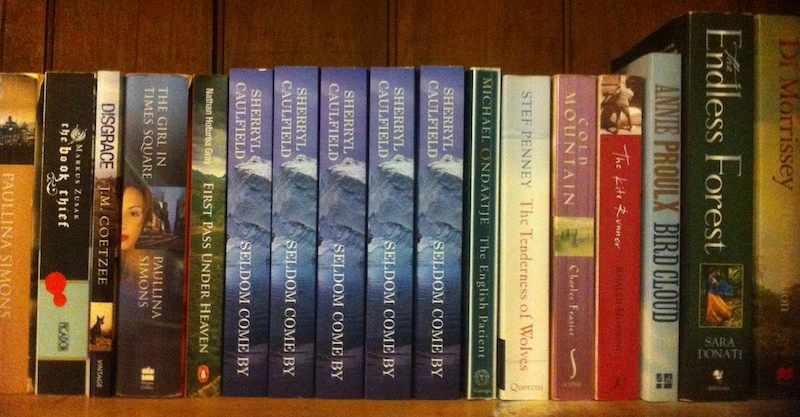 On the eve of the 100 year anniversary of the start of World War 1, Seldom Come By takes readers to a remote Newfoundland island where, two years after the sinking of the Titanic, young Rebecca’s Crowe’s fascination with icebergs leads her to save shipwreck survivor, Samuel Dalton, the youngest son of a Toronto medical family. Raised in a deeply superstitious and religious family, Rebecca’s life is challenged irrevocably through her growing attachment to Samuel and their unforgettable, iceberg-inspired summer.

The 165 000 word tome, Book 1 of the Iceberg Trilogy, is now available through major ebook retailers in time for Christmas and holiday reading, promises readers an epic novel of immense visual splendour and palpable human emotions.

‘Rebecca’s story is universal and timeless. She could be any woman who feels trapped in her surroundings and longs to experience more of the world and through the choices she makes has to live with the devastating consequences of her actions. This novel is not just about love. It’s about the great themes of life, about shocking crimes that are possibly the hardest to forgive – ones committed by family members against other family members.

Ms Caulfield has travelled extensively in Canada and was inspired to set her novel in Newfoundland because of its isolation and promixity to Iceberg Alley. “Icebergs are a strong symbolic element in the novel, representing something magical, a sign of lightness in darkness, a sign of hope and endless possibilities,” she said.

Through the eyes of two young Canadian medical officers, Seldom Come By also brings to light many of the chilling aspects of World War 1: the decimation of the Newfoundland regiment, who previously were active with the ANZACs at Gallipolli; the major Canadian battles of WWI; and the bombing in May 1918 of Hospital City by the Germans in the desperate last months of the war, killing and maiming doctors, nurses and patients. It also features John McCrae, revered Canadian surgeon, university professor and author of the iconic poem, In Flanders Fields.

“I wanted to set my story against the backdrop of this harrowing time and in part the connection to World War 1 is because of a Great Uncle who died at Ypres in 1917,” said Ms Caulfield. “War heightens everything. People have far less time for pretenses – life, love and death are so elemental and this is what drives the narrative pulse of the book. Plus, with the 100th anniversary of the start of World War One fast approaching, I thought there would be strong interest in books set in this period featuring characters that are modern and adventurous in their own way for that time. And while male cameraderie and loyalty are hallmarks of war, Seldom Come By takes this code of honour to another level through the bond of two brothers working side by side.”

Julie Fison, author of teenage romances in the Hardie Grant  ‘Smitten’ series, said she found the setting of Seldom Come By enthralling. ‘Seldom Come By is a haunting love story set against the windswept coast of Newfoundland. The story draws you in from the opening lines and takes you on a compelling journey across time and continents, through love, loss, heartache and healing. It is a beautiful and memorable story — a great accomplishment and a wonderful read.

The book is available as an ebook from major ebook retailers including Smashwords and a print version will be available through CreateSpace and Amazon. Details on www.sherrylcaulfield.com.

Issued by Action Communications on behalf of Sherryl Caulfield

For Review copies, a synopsis and additional media information or to arrange an interview please contact:

An Ode to my Aunt
Scroll to top