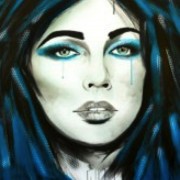 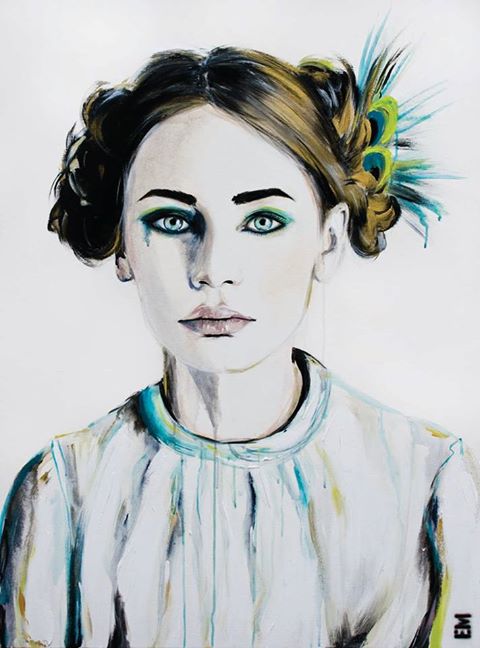 Above painting and thumbnail by Brisbane artist, Emma Sheldrake

I have always been enthralled with art – in fact drawings, sculptures, paintings and poetry feature prominently throughout my novel, Seldom Come By, and there’s more to come in The Iceberg Trilogy! <g>

And so it was that while reading Set Me Free, the story of  a young female art gallery owner in Brisbane’s West End fighting a determined and suave property developer, I was also devouring Beautiful Bizarre Magazine’s December issue and came across the striking portraits of Brisbane artist, Emma Sheldrake. And before I knew it, the three became entwined, which made for an enchanting read.

In Set Me Free, Brisbane author Jennifer Collin‘s debut novel, we meet Charlotte Evans who some years earlier moved from Melbourne to Brisbane to manage an art gallery to champion her younger sister, Emily, and other local artists. Emily’s paintings tend to be muted cityscapes that have a singular bright focal object – a bike, an umbrella, a geranium pot plant – that draws your eyes in. Emma’s artwork is the opposite, but equally magnetic: stylised colourful portraits yet with pale faces that lure you in due to the intensity of the model’s eyes. (See image above whose eyes incidentally remind me of my heroine’s Rebecca’s)

The book opens with Charlotte returning from a holiday in Italy and on her first jetlagged night home has – what she hopes will not be – a one night stand with a man who comes into her art gallery just before closing.

Setting this story up so the main characters were intimate before their conflict made for an interesting twist on this developer versus local community narrative which has also been covered by Australian authors, Helene Young, in Halfmoon Bay, and Di Morrissey, in The Plantation, in recent years.

Charlotte also had a penchant for dancing, ala Dancing with The Stars style, and a love of all things 50s including her wardrobe. Who doesn’t love those fashions? A girlfriend, Andrea, who recently shared this pic said: “I wish I lived in the 50s instead of being about to enter my 50s.”

This was a light, easy read that will dovetail nicely into the sequel which I suspect will focus on Emily’s romance. If you like your local art scene and chick lit romances, give this book a go.